Now that my compression stockings have been put away – ready for my next overseas travel – here’s a brief summary of my ‘Grand European Tour’ with Viking River Cruises. (of course more blogs and print articles will follow)

Arriving in Amsterdam, capital of the Netherlands, we quickly transferred to Viking Njord (for only its 5th trip since being launched in April 2012) dropped our bags and went exploring. 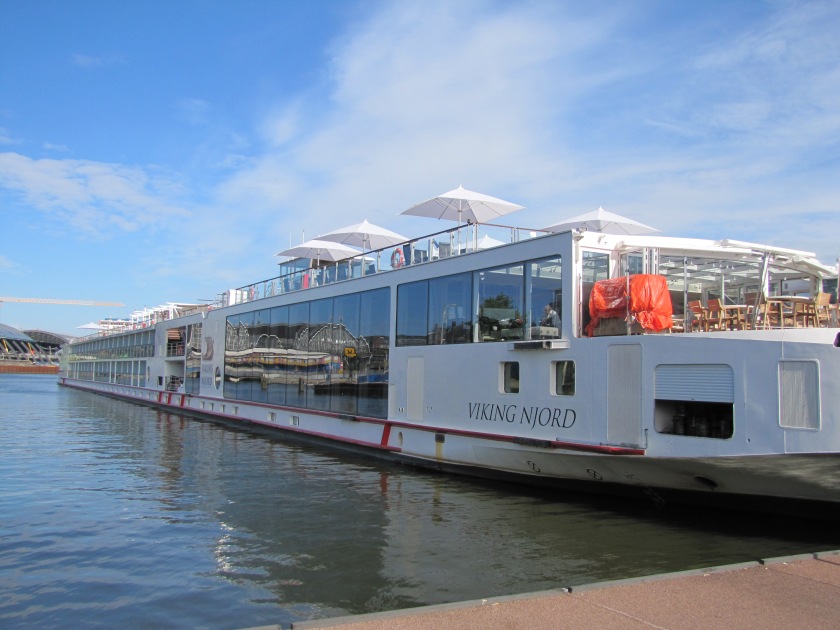 For a second time (the last one in 1996) I did a boat tour of the city before exploring the inner city on land, then back to the boat to unpack and explore this fabulous floating hotel. I loved being able to unpack and know I didn’t need to use my case for 2 weeks! (See the itinerary here)

Next morning, we arrived at Kinderdijk, a UNESCO World Heritage Site. My alarm was set for a very early morning sunrise shot with windmills in the foreground but this was foiled by 2 things … my geography and therefore facing the wrong direction, and light rain, which was to follow us for much of the trip. Nevertheless, I enjoyed the tour of this fascinating network of windmills and learning of other ingenious flood management technologies.

Many of the places along the route are UNESCO World Heritage sites which give you an indication of the level of history we were exploring, and this even includes part of the Rhine.

We had walking tours (and free time) daily and each day we had food from the region and often demonstrations about local culture or activities – this included music, dancing and one night  we also learnt about the region’s glassblowing traditions during a wonderful live demonstration.

I know it will take ages to sort through my five and half thousand plus photos. Some favourite places include:

This is my first river cruise and Viking was a great way to start. The luxury of unpacking and then travelling in a 5-star hotel was perfect. All the staff were attentive and friendly, the tours informative, lectures interesting, and the food perfect! What surprised me was the quietness of the travel and no rocking of the boat – I loved the docks too, fascinating – all 60 odd of them.

From early morning to late at night we had something to do … even if the ‘something’ was relaxing over a book as it was for some! As a travel writer I had no time to read and have many stories to write – a Grand European Tour indeed.

So, if you are considering a river cruise, I say consider no more – book your ticket and enjoy – I’m not surprised this is the fastest growing form of travel and that Viking are adding more ships to their fleet next year, and that they are a booking out quickly.

Now, how can I get to do the river cruise in China?