Last year I went to the Rain Forest World Music Festival in Kuching, Sarawak , Malaysian Borneo, for about the fourth time. My longtime friend, writer, and tour guide, Judy Shane, there for the first time, said ‘it was so amazing it is hard to put it in words.’

The next one is in three weeks – 13th – 15th July 2018 – so, for this years performers check out the official website

Mornings started with media briefings with a panel of artists and we were then left to explore the tribal villages, the musical workshops, and the schedule of performances. Add delicious local food and its a festival not to e missed. (Its a great stopover destination between the hemispheres too) But for me, Sarawak IS the destination.

The highlight for Judy was being part of this drum circle which I insisted she participated in – I had done so every other year and had a ball – so I just ignored her almost kicking and screaming, protesting she was ‘not musical’. She loved it! I believe it was her festival highlight .

As befitting a rainforest, two out of the three nights had a downpour and while some fans left, others danced and slipped in the mud. Next morning the international musicians commented on what a great sports the fans were and how they had never seen such enthusiastic dancing in the rain before.

We avoided the downpour by slipping into a van to go back to our room at Damai Beach Resort. While escaping into a van in the dark I had a young man sit on my knee – their drums and other instruments were taking up the rest of the van – He thought it was only fellow band members in the vehicle – I laughed, but the boy leapt out of the van with mortification – fancy sitting on an unknown Aunties knee.

This festival has thrived for two decades and is for all; young ,old, couples, families and people alone – it is the friendly festival. 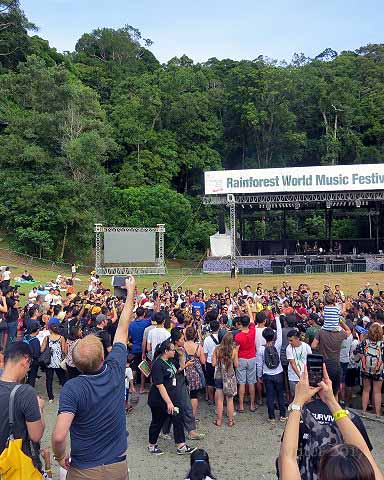 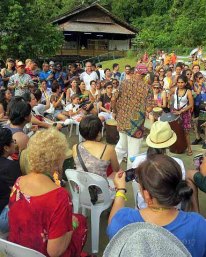 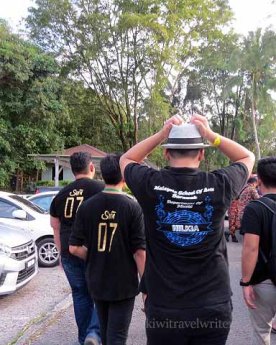 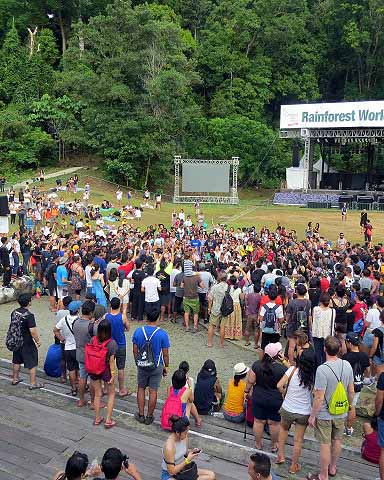 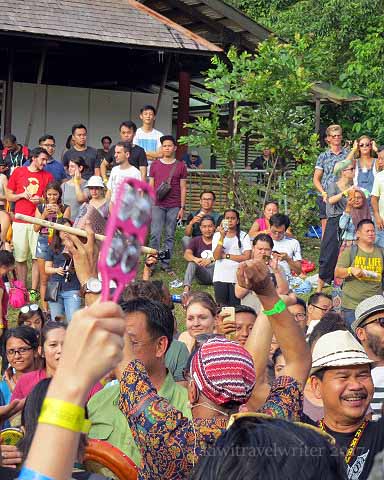